The extensive use and utilisation of automobiles

In everyday life, automobiles have helped the society in hundreds of ways. Transportation, connectivity and the likes, the invention of vehicles has proved a great boon to the society over the years. Using car/bike as means of transportation has become a necessity and the people in developing countries like India demands more usage of such things for commuting purposes. These days automobile companies are coming up with various products catering the different classes of the society. The varied range of choices and the flexibility in payment enable people to own one for themselves. The word 'Automobile' is a vast area, which not only comprises cars, trucks, tractors but also every object that serves as a means of transportation. Owing to these factors, the country has seen a great rise in the usage of cars and growing rapidly with every passing day. 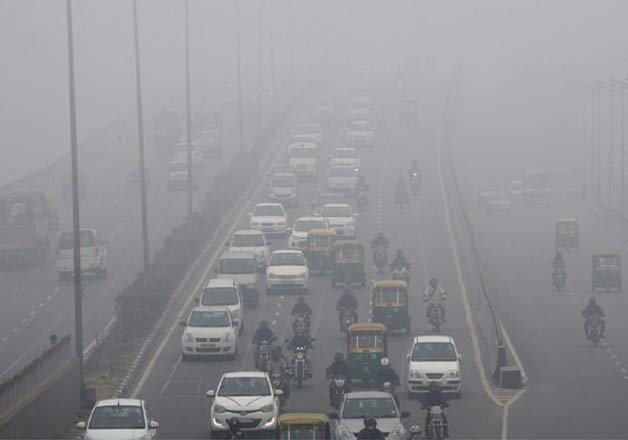 But, the excessive usage of vehicles has a negative impact on nature. With the growing number of vehicles, the effects of gasses and pollutants are also increasing. Even the odd-even policy introduced by Delhi government wasn't a big help in this regard. As a result of it, engineers and experts are getting worried and are working on something that would bring  change in the system by eradicating emission which occurs due to petrol and diesel. If done properly, this could put brakes on growing air pollution and in turn save the environment. Emission Control System in automobiles defines the ways and means that are incorporated to restrict the discharge of harmful gasses which are mostly the result of internal combustion engine and similar components. Cars, trucks or any other vehicle produces air pollution throughout its life starting from operations to disposal. The primary source of pollution is exhaust pipe emits burnt and not burnt hydrocarbons, carbon monoxide, oxides of nitrogen and sulphur, also traces of acids and phenols. The crankcase is the second major source of hydrocarbons and also adds to a lesser extent of carbon monoxide as well. Emission Control System have the ability to control the harmful emissions from all the above sources. There are certain types of Emissions emitted out from the vehicles on a regular basis. The two main types of emission are exhaust emission and evaporative emission. Exhaust emission mostly comprises of the harmful gases that comes out and get mixed in the environment via exhaust pipe. The gases such as carbon monoxide, nitrogen oxide, hydrocarbons, and carbon-di-oxide are released in abundance on a regular basis through the exhaust pipes. While in evaporative emission, the hydrocarbons pollutants are produced as a result of evaporation of fuel from the engine tanks

The PCV valve is device that performs a number of functions. Crankcase is located below the cylinders of the engine block where the crankshaft is located. Crankcase returns the leaked combustion gases which are combined with ventilating air to the combustion chamber for re-burning. This whole procedure is carried out by the PCV valve.

Controlling exhaust emission is a prime factor for limiting pollution. Exhaust emissions contributes to two-third of the total pollutants by the engine and to restrict these emissions, two types of systems are incorporated and put into use, the Air-injection system and the exhaust gas re-circulation (EGR) system.

The EGR valve does the work of directing back a certain portion of exhaust gases to the cylinder head. They are then combined with fuel air mixture and enter the combustion chamber. This process serves a great way for lowering the combustion temperature, which in turn proves to be a favourable condition for lower production of nitrogen oxides as by-products of combustion. This procedure in reality affects the engine efficiency a bit but is a good practice for controlling harmful emission.

The air injection system, also known as the Secondary Air-injection system works in a different way but with the same principle, lowering the emission rate. In the air-injection system, injection of air in the exhaust manifold is done by an engine-driven pump. The air then combines with the carbon monoxide and un-burnt hydrocarbons at a high temperature and carries out the continuation of the combustion process. This method restricts the discharge of large percentage pollutants that were formerly emitted out through the exhaust system. The limiting procedure is carried out by burning the pollutants.

Comprises of two pipes, one serving as the output whereas the other as the input, simultaneously. This equipment breaks down the pollutants and converts them into harmless gases that are in turn safe for the environment. The procedure includes a number of chemical reactions over the catalyst and then conversion, thus the apt name Catalytic Converter. Preheating the Catalytic Converter is needed as low temperature inhibits catalysis. Unleaded petrol is required for a catalytic converter.

For the vehicle to work efficiently, at times there are needs of Catalytic Converter Replacement. Losing performance of the engine, rotten egg smell, low fuel economy or rough running and back firing, all the above cases indicates for a replacement of the catalytic converter. In the replacement procedure, the defective piece is removed and replaced with a new catalytic converter.

Evaporative emission control system also works following the same structure and procedure of limiting the production of emission. EVAP is used to restrict petroleum vapours from escaping into the atmosphere and eradicate the produce by means of evaporation. This piece of machine is low on maintenance and does not face a lot of troubles. The fuel tank produce of gasoline vapours is well restricted by the use of EVAP in the system. Emission Control Systems are benefiting the environment in every possible way. EVAP is also known as Fuel Evaporative control System as these equipment restricts vehicle fuel from evaporating under certain circumstances.

There are agencies that look after the vehicle regulations, which are the requirements that automobiles must satisfy for selling in a particular country. The regulations include aspects of lighting, controls, environment and theft protection. These benchmarks are usually maintained and administered by a government body called the Regulatory Agency. Regulatory agencies like the Society of Indian Automobile Manufacturers, is the prime industry body representing the leading automobiles and vehicular engine manufacturers in India. This regulatory agency SIAM focuses on promoting sustainable growth of automobile industry in the country.

Automotive Research Association of India is another regulatory agency that has been playing an important role in providing the society with more efficient, less pollutant producing and safe vehicles. ARAI provides expertise assistance in R & D, certification, testing and also framing of vehicular regulations in the country.

Automotive Component Manufactures Association of India is one of the efficient working regulatory agency that certifies the regulations stated by the laws of the country. Emission control system is more of a blessing that is promising to render a pollution free environment to an extent in this technologically advanced era.