Interesting facts about the history of the automobile 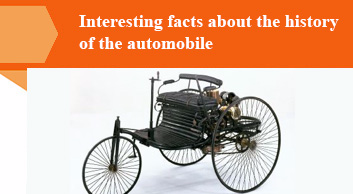 Here are few amazing facts from the history of automobiles, as history always have hidden treasure of knowledge inside it

Automobiles have been in existence since the time when the first steam engine powered automobile was manufactured. But today, the automobile industry has revolutionized the way we maneuver from one place to another.

If the history of the automobile traces back its origin in the year 1769, then luxurious automobiles started rolling out in 1886. It was that year when the German inventor, Karl Benz manufactured an automobile and blessed it with wire wheels and a four-stroke engine that was sandwiched between the rear wheels. This invention infused convenience in the lives of a plethora of people and made the places easily accessible.

Here we have handpicked eight amazing car facts that you have probably never heard before. Fasten your seat belts for we are taking you on a nostalgic ride.

Fact #1: When the Automobile Industry was bestowed with its “OWN POWER” 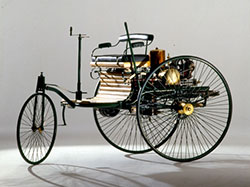 The first fact from the history of cars basket is from the year 1769 when the first automobile to move under its own power was manufactured. The weight of that vehicle was whopping 8000 pounds and it was used in hauling cannons around the city.

Fact #2: When there arose Adolf Hitler’s Love for People’s Car

Interestingly, the automobile history also has Adolf Hitler in it. He ordered Ferdinand Porsche (founder of Porsche car company) to manufacture a Volkswagen (Literally – People's Car in Germany). This car today is known as Volkswagen Beetle.

The above image is the surviving sketch from the year 1930, said to have allegedly drawn by Hitler himself and it looks similar to the production version of the first Volkswagen Beetle. 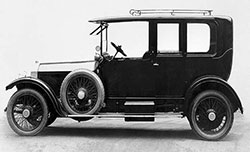 Cars facts would be incomplete if the name Rolls Royce is not a part of them. Rolls-Royce was essentially a car as well as an airplane making company. In 1906, the year of its establishment, it rolled out its first car, Silver Ghost. By next year, i.e. 1907, Silver Ghost set a record for traversing 24,000 kilometers during the Scottish reliability trials.

Fact #4: When the Automobile History was on the path of Assembly Line

Another interesting fact from automobile history is sure to leave you in a sheer awe. The curved Dash Oldsmobile, which was made in 1901, was first of the mass-produced automobiles. Its founder manufactured a total of 425 units of the same using assembly line technology, later perfected by Mr. Henry Ford.

Fact#5: When peace of the Automobile Industry was ruined by War 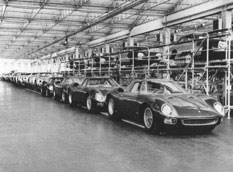 If World War II was not a happy time for the world then it was also a big melancholy in the history of automobiles. It was during this period that car manufacturing came to a complete halt. When America went to war after Japan, federal orders for automobile industry indicated to produce only military vehicles, tanks, jeeps, etc.

Fact #6: The Get Set Go Phase of the Automobile History

If you have a love for speed, then history of cars has something for you in its store. Though the first car race was held in Paris in the year 1894, it was in 1898 that first race car was built Camille Jenatzy. He later became the first person to drive an automobile at a speed higher than 62 mph.

Fact #7: When the rear of the automobiles got Eyes

In 2005, Mercedes offered an advanced feature called Night View Assist Plus which pinpoints pedestrians and highlight them on a dashboard display. In 2009, BMW offered the same system with an upgrade that allowed the driver to see pedestrian movement. A warning appeared on the dashboard if the distance between the car and pedestrian reduced. 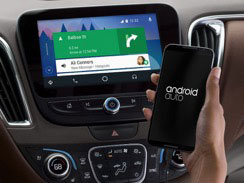 Since we have come all the way down to the modern era of automobile, here is one of the interesting smart car facts.

Google in June 2014 launched “Android Auto” - A telematics software that can be easily connected to the dashboard of the car. It allows the driver to access GPS, maps, browse music, and to use a plethora of other applications. A slew of carmakers including Audi, Volkswagen, Ford, Fiat, Bentley, Chevrolet, etc. will soon incorporate Android Auto in their models.

The Automobile Industry evolved from merely a marginal curiosity to one of the major mode of ground transportation in the world. The same industry has also given birth to a vast network of interstate highways in almost every country, thus, opening up oodles of opportunities of trade and commerce.