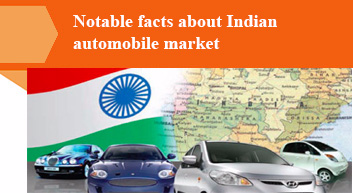 Among the world’s largest Auto Industries, The Automobile industry of India is growing at a scorching pace. Around 31% of the small cars sold throughout the world are now manufactured in India and the ratio is growing rapidly. With many global majors including Honda that has opened the world’s largest scooter plant in Gujarat, and General Motors that plans on investing a whopping 1 Billion USD in the auto sector in India in the coming years, the auto industry in India, already contributing more than 7 % to the total GDP is on the cusp of an explosive expansion with the Government of India allowing 100% FDI in the sector through the automatic root.

Although such an important part of the economy, there is actually very limited knowledge of the Indian automobile market among the common folk of the country there are many Notable facts about the cars in India.

Some of which are:

1) India currently has presence of more than 25 different Automobile manufacturers; together they sell 150 models and over 1000 variants of vehicles in India.

2) India shares only 4% of the total passenger cars sold throughout the world, numbering at more than 5 million units every year.

3) The Indian Automotive Industry employs more than 1.9 crore people, either directly or indirectly. With more and more new cars in India to hit the markets, this figure is steadily increasing.

5) In India the sale of Cars is taxed extremely heavily with 56 rupees of every 100 rupees spent on buying a car going to the government towards various central and state taxes.This severely impacts the Indian car prices.

6) As per a researched estimate there are13 persons employed per truck, 6 persons per car and 1 person per two wheeler in India.

7) India is the sixth largest producer of automobiles in the world, way ahead of developed economies such as France, Canada, UK and Spain. In addition, the Indian car market is also one of the largest of the world in terms of volumes. 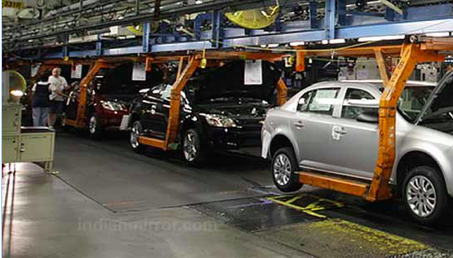 8) India is the only Large Vehicle Producer in the world without a Formal Automotive Recall Policy. Although voluntary recall has been quite common in India as well as across the world, a proper regulated framework is the need of the hour and was specially felt when General Motors recalled 114000 units of its popular vehicle Tavera in July 2013.

9) According to reports one thirds of all car sales in India are from the people looking to upgrade their present vehicle, while another 30% is from the owners of a vehicle already looking for another car in the house. Put together 2/3 of all car sales come from existing car owners.

10)One of the most popular small cars of India, one that transformed the taxi industry in Mumbai, The Premier Padmini used to have a waiting period running into 10 years and were sold through a lottery system in the 70s. 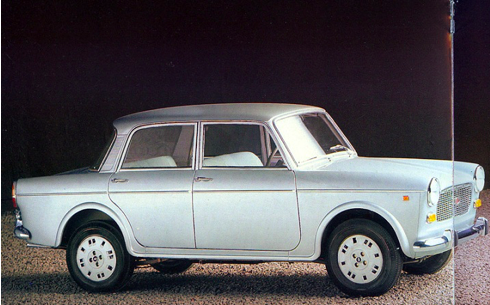 11) It was known of many lucky allottees of the Premier Padmini in the 70s to buy a car , use it for several years, and sell it at a price higher than one bought for because of its severe demand and low production.

12) According to data from Society of Indian Automobile Manufacturers, the total number of cars sold in the 70s yearly used to be 32000 units across the country, less than a weeks worth of sales today! 2.03 million Cars were sold in India in 2015.

14)Contrasting to a country that used to hold lottery for motor car allotments just 40 years back , India exported 6,22,000 vehicles in 2014-15, making it among the highest exporters of vehicles in the world.

15) White, Silver and Black are the most popular car colors in the country today. 17) The state of Tamil Nadu has earned the tag of “Detroit of India” and for good reason. This one state is the home of plants of Hyundai, BMW, Ford, Nissan, Renault, Mitsubishi, Ashok Leyland, Bharat Benz, Yamaha, TVS and many other auto makers.

18) Once the car that had waiting list running into years and was allotted through lottery, Maruti had to announce an actual price cut in 1988 when Tata launched its small car Indica.

19) The Sun Film, that is being seen used in almost all cars, has been actually banned completely by a judgment of the Supreme Court.

20) Hindustan Motors used to sell a 60 Lakh Rupees car, the Mitsubishi Lancer Evo with only a six month warranty!!

As seen above, although many people have not yet come to terms with the fact that India has really grown into an automobile giant of the world, mostly owing to its low motor vehicle density and other data of human development index where it scores lowly, the fact is that India is growing from strength to strength and is on course to become one of the most important players in the global automobile market.