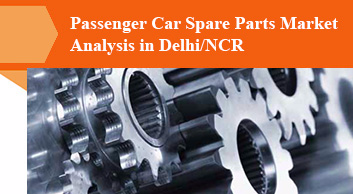 Delhi NCR is one of the largest spare part market in India. it is has already crossed INR 20 billion in 2014 and expected to touch INR 31 Billion during the period of 2014-2018

Non-OE spare parts constitute of a majority of share of 40% in the Delhi NCR aftermarket as these parts are less expensive compared to OEMs. In addition, the Non-OE suppliers provide additional warranty services for these parts. OEM spare parts also account for a significant share of 35% in the aftermarket due to the reliability of this brand. The Delhi NCR aftermarket also constitutes of generic manufacturers, which account for 25% of the market. The reason for lesser proportion of these types of manufacturer can be attributed to the weak distribution channels of these brands.

Spare parts/Oil which are replaced or repaired during a regular service have the maximum share in the Delhi NCR spare parts aftermarket. For instance, Oil/lubricants dominate the aftermarket as these are highly consumable in nature, followed by brakes and filters which are also a part of regular services, and come under frequently changeable category of a vehicle. constitute of a major share of 22% in the aftermarket, as these are highly consumable in nature. Brakes and filters account for 17% and 9 % respectively in the aftermarket. Further, due to uneven road conditions in Delhi NCR body part related servicing such as shock absorbers account for 10%, followed by suspension with a share of 8% in the market. The body part related services including suspension and shock absorber and account for lesser market share in aftermarket as the frequency of repairing/replacements of these parts are less. For example, the body parts of a vehicle are changed after running a distance of 60k-100k km, depending on the usage of the vehicle. 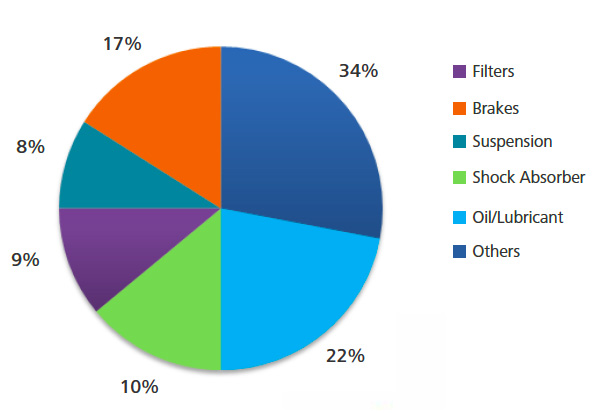 Note: Others include clutch plate, piston/piston

Filters used in passenger vehicles are of three types i.e., Air filter, Fuel filter and Oil filter. Air filters clean the air entering from harmful containments, ensuring optimal working conditions and reducing abrasion by friction of the engine components. Oil filters effectively remove from the engine or transmission, oil harmful pollution, resulting from abrasion and degradation of engine. Fuel filters provide a complete cleaning of the fuel particles of a particular matter, especially harmful for the fuel system and engine.

The aftermarket for automotive air filters is a to be changed on a regular basis (every 10 to 15 thousand kilometers) in order to provide efficient filtration. The aftermarket for air filters is primarily dominated by passenger cars. There are a number of Non-OE suppliers in Delhi NCR such as Purolator, Elofic, Sofima, K&N, Mahle India who are covering the market. In addition, German based Auto part manufacturers such as Mann-Hummel, supplies low cost and light weight air filtration systems in the aftermarket. In 2013 the estimated market size of these filters was US$ 27.74 Million (INR 1.72 Billion) and is expected to touch US$ 29.84 Million (INR 1.85 Billion), growing at a rate of 7.5 %. 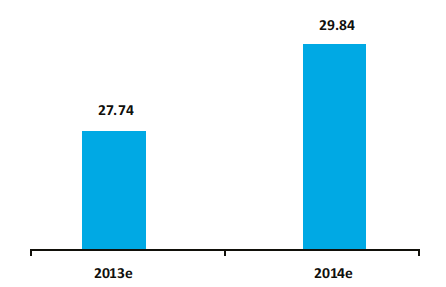 Brake systems are one of the most important safety systems in vehicles and are of two types Disc and Drum. Disc Brakes comprise of disc or rotor, a caliper assembly, disc brake pads, wheel bearings and hardware necessary to mount the components in the vehicle. Drum Brakes comprise of a drum & backing plate, a hub or axle assembly, brake shoes, wheel cylinder, wheel bearings and hardware necessary to mount these components in the vehicle.

Brake pads, Brake lining and Brake shoes that rub against the rotor, to bring down the speed require servicing on a regular interval in four to five years of purchase, to insure that they function properly. There are several factors which effect break efficiency such as, weight of the vehicle, size of discs or drums, driving pattern etc. The acceptance of disc brakes is increasing in the Indian market however these are still not a standard across all types of vehicles. In the passenger car and multi utility vehicle segment, drum brakes with brake shoes are standard equipment on the rear wheels while disc break are generally fitted on the front wheels.

In India, brake shoes will continue to be used in a majority of vehicles. Companies such as Rane, KBX, Brakes India, Mando India, Motherson Sumi that have superior product quality, extensive distribution network, and proactive market initiatives are expected to lead the market. 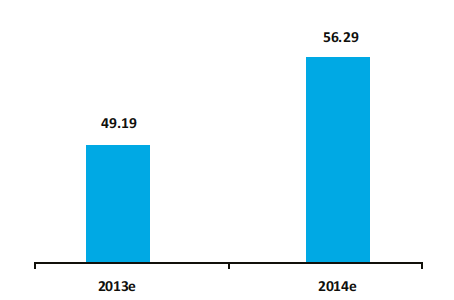 Suspension systems include a chassis or frame, coil springs, leaf springs, dampeners including struts and shock absorbers, and anti-sway or torsion bars in various combinations. Coil springs and leaf springs are designed to absorb up/down force to keep tyres planted firmly on the road thus, steering ability and handling, are heavily reliant on the performance of suspension components.

Talbros, has the maximum share in suspension aftermarket followed by Rane and Delphi. As the aftermarket is highly price sensitive, many companies has setup their R&D to develop the economical product range for various car segment. 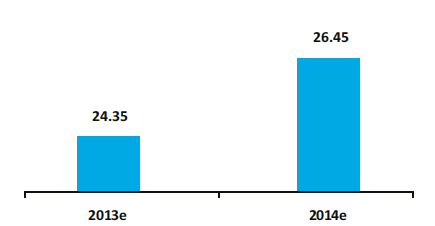 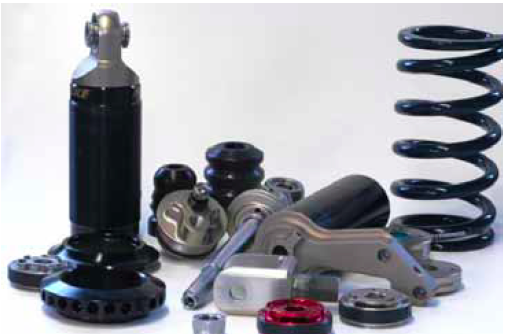 Shock absorbers help to control the movement of vehicle’s spring and suspension. They play an important role in accelerating, moving and stopping of the vehicle. They also provide safety and control by keeping the tyres in contact with the surface at all times. It is recommended to replace or repair shock absorber in every 60-80 thousand Kilometers.

In Delhi NCR, Gabriel is a leading manufacturer of shock absorbers. Over a period of 40 years, Gabriel has built a strong goodwill backed by an extensive distribution network. Other manufactures include Delphi, Monroe and Endurance. The growth of shock absorbers in the aftermarket will be greatly influenced by the growth in the vehicle population. The key success factors in the aftermarket are to create and manage an extensive distribution network and catering to wide range of vehicles in the segment. 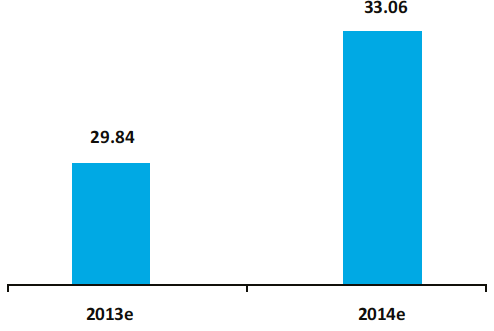