Some devices to protect your car 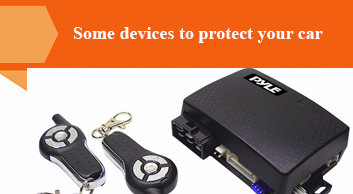 Worried about the safety of your car? We have a list of devices which can give some relief.

In the year 2013, over 1.65 lakh cars were stolen in India with no certain demarcation that could suggest why they were the easier targets than others. Obviously, there is nothing that guarantees that your car will not be stolen. But you can decrease the odds of your car becoming a target by installing some devices that will deter the thieves away.

Before you make up your mind on what you want to booby-trap your vehicle with, take some time to consider how much is it worth and how much are you willing to invest in it?

As a matter of fact, cars that are not expensive get targeted equally as frequently as expensive ones, because thieves usually only want to strip them off the metal and sell the parts underneath. These parts, when sold separately, could earn them thrice as much as the car itself.

Sometimes the cars can be used as getaways from officials after committing other crimes and the list goes on. The truth is, it won’t matter that you’re the owner of a luxury sedan or an old pickup, car theft is something you always need to be on-guard for.

Here are some of the most famous techniques used by car owners: 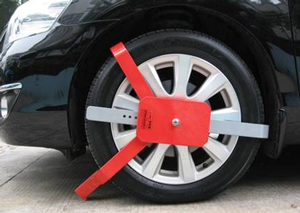 These are most common and least expensive kind of devices that restrict the vehicle movement. What is most advantageous about these immobilizers is they are clearly visible to the thieves and there are fewer chances they will attempt to steal your car. There could be a few different kinds of mechanical immobilizers, that are:

i.    Steering Lock: It is the least expensive anti-theft alternative which is more like the built-in steer lock that comes installed in newer models of cars. It basically locks the steering in place so no one can perform any maneuvers until the lock is removed.

ii.    Tyre Lock: Just like tyre clamps used by cops, tire locks stop the wheel from moving. They are comparatively difficult to attach and remove and hence they are not very popular.

iii.    Gearshift Lock: Perhaps the most famous type of mechanical immobilizers in India are gearshift locks. They simply fix the shifter in a particular gear (usually reverse). So someone trying to drive the car away will not have the option to switch gears.

iv.    Brake Pedal Lock: As the name suggests, it essentially locks the brake pedal and the thief might be able to ignite and drive the car, but cannot apply the footbrake. Making it hard for them to turn and easier to track.

These are more electronic approaches to immobilizing the car when someone tries to steal it. A kill switch is installed in the hood and it disables the cars electronics including that of the engine if someone tries to start it without performing a series of pre-defined tasks. Some kill switches can even kill the fuel system via a wireless transmitter. Some car manufacturers do not allow installation of a kill switch, so it is wise to refer to your car’s warranty first. 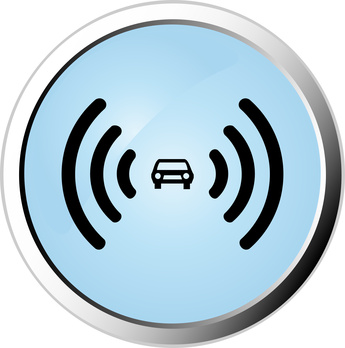 A car alarm is an absolute necessity for every car owner and nearly everyone is familiar with them too. They are dubbed the most effective solution by people using security solutions and the authorities themselves. By only displaying a sticker that your car has an alarm system installed, it is enough to reduce the chances of becoming a thief’s target. Car alarms go off by a number of unrecognized actions such as breaking the glass, unauthorized entry, sudden movement, etc. But you should be aware of alarms that are too sensitive because they are really loud and may cost your neighbor’s friendship.

One feature that modern vehicles have now started to come along with as a standard are electronic immobilizers. They are microchips that signal the car that it is okay to start. If someone attempts to ignite the engine without the signal from the immobilizer, the car simply will not start. These security devices are fitted in the car itself and they keep an eye for the token (could be a particular key or another chip in the driver's pocket) to be present before the car could be started.

All of these options may seem to be very sophisticated and impossible to pass through and, in reality, they may be effective to deter amateur thieves. Professionals, however, have found their way around most of them. E.g. a thief may detach the battery first in order to disable the kill switch or the alarm. In some cases, it would mean that he or she may not be able to drive it away, but they can simply take away the parts and/or precious belongings from the car. Another investment that goes along well with all of the above is a hood lock. 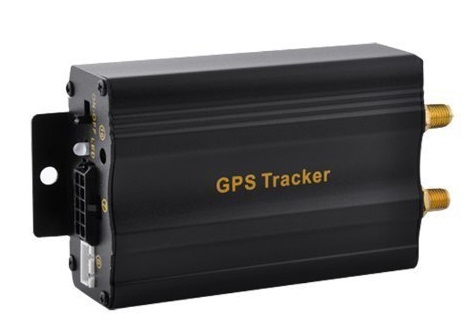 Car tracking devices are the newer form of security systems with a much higher success rate. Such a system usually combines automatic vehicle location with software that collects fleet data. Latest systems combine this technology with a GPS tracking device.

These invaluable tools can precisely track where a car is headed, at what speed, and where exactly it is located right now. You can set these devices to receive these notifications by Email or SMS and sometimes you can even see the location of your car on a map.

According to authorities, vehicles installed with car trackers were returned more than 90 percent of the times. These tracking devices for cars are more expensive when compared to all the other options but they are slowly becoming more essential. Latest GPS tracking devices are accurate up to 2 meters and these are usually hidden under the dashboard or the hood in a car to avoid being seen.

Being very expensive but accurate car security systems, they are mostly used by fleet management services. Transit buses in metropolitans are already seeing them in operation which has improved the overall process a lot, like estimating bus timings.

People are now equipped with new age gadgets, such as smartphones, and it is becoming increasingly easier to report a stolen car. Most car tracking companies equip their GPS systems with automatic immobilizers that activate as soon as there is a theft report.

Needless to say that car theft is a serious problem, and there is no right or wrong solution to be considered to prevent it. There is also no wonder that these additional security measures do work and also provide a discount on insurance premiums, but only if they are used as they were intended to. However, you can always follow some additional preventive measures to avoid your car from being stolen.

The most effective and cheapest security system is your brain. Always try to park your car in well-lit areas and do not leave your valuables in plain sight, like GPS, Music systems, Wallets & Purses, Shopping bags, Phones, etc. It is a good idea to display security system stickers even if you do not have one installed. If possible, cover your windows and trunk glass so anything valuable (if it has to be there) is not visible.

If you have ever left the keys in the ignition even at the gas station and no lurking thief ever just sat down and drove away like it was his, you have been very lucky so far. Never leave the key in the car, let it be anywhere.

Having more than one security or tracking system installed is not a bad idea, it even increases the chances of getting back your carriage.