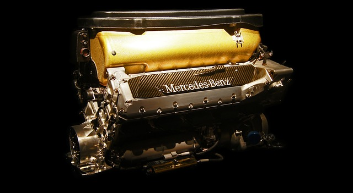 What is FUEL INJECTION? ➤ The functions of fuel INJECTOR ➤ Types of the fuel injection system ✅

To put it simply, the car can move due to the process of burning a mix of petrol and air inside the engine. The energy that is released moves the pistons, which transmit the movement to the wheels. In this process, the way in which combustible gets into the engine cylinders is one of the most important characteristics that determine the performance of the engine.

For quite a long time, the carburettor was the only possible device to supply fuel to the engine of a car. There was no alternative to this mechanism, moreover, until a certain point, there was no need for such an alternative. Injection systems were invented to solve two problems: to introduce a smarter fuel supply system that would increase the efficiency of an engine and, equally important, reduce fuel consumption and exhaust emissions.

In aviation, such a system had been working on piston engines much earlier – from the 1930s, but due to the low level of electronic equipment of those years, it remained imperfect. Then such an approach was again used in the late 1990s. Now, thanks to the evolution of technology, the wide use of injector have become possible in the automotive industry. 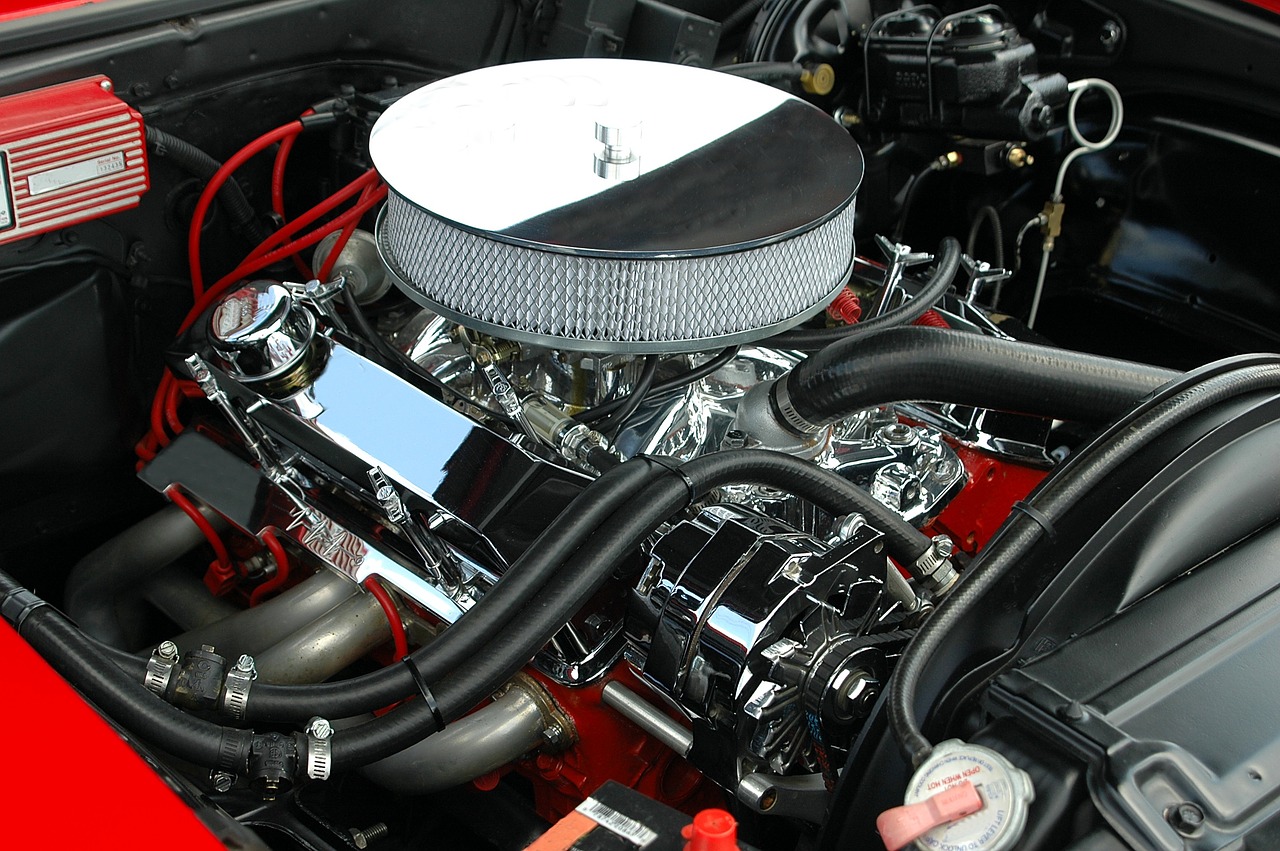 What is fuel injection?

Now, fuel injection is considered to be the most efficient and economical way to deliver combustible to the motor of a car. It is implemented in the vast majority of modern vehicles. This technology has replaced carburettors, mechanisms that also fed fuel to cylinders of a motor, however slightly differently. What makes the difference? At first glance, the principle of their work is similar. And still, the difference is considerable.

The carburettor firstly blends the patrol with air in a certain proportion, after that this mixture gets into a motor under the influence of a vacuum.

The carburettor doesn’t have numerous sensors capable to analyze the work of an engine, so the same volume of petrol mix gets into the combustion chamber, regardless of the speed. This leads to wasteful consumption of gasoline, relatively low effectiveness of an engine and a larger number of harmful substances getting into the exhaust system.

How does fuel injection work? In the injection system, combustible is pushed out into the air stream by special nozzles. The whole process happens under the control of electronic sensors, so that fuel is consumed more efficiently. On the one hand, it improves engine performance, enhances dynamic features of the automobile, on the other – contributes to more economical fuel consumption. In addition, unlike carburettor, fuel injection system does not depend on weather conditions. Function and advantages of fuel injection

The work of the fuel injection system is totally controlled by the onboard computer of each vehicle.  An electric pump that supplies fuel to injectors receives electric impulses from the AI, which calculates the optimal amount of fuel in each injection. This calculation is based on numerous sensor readings that reflect various parameters of the motor.

Merits of a fuel injector system are easier to comprehend in comparison with the carburettor.

The list of merits and flaws of the injection system are the following:

1. Carburettor is unstable, while injector ensures efficient operation of engines.

2. Work of injector does not depend on the weather. The carburettor can freeze in extreme cold.

4. Injection engine accelerates faster than a carburettor one.

6. The injector is less prone to breakage than the carburettor, but at the same time, its repair is significantly more expensive.

7. The injector is more demanding about fuel quality.

As you have already understood, the main feature of the injector system is that fuel is pushed into engine cylinders by injectors in a volume that is calculated by smart systems of the vehicle. To better understand functioning of the system, let's find out what it consists of.

Now let's look at the work of the whole system in detail.

Just after you start, electric fuel pump turns on. This pump is situated in the fuel tank; it moves combustible to injector sprayers, which are placed on a fuel rail. Pressure regulator which is designed to provide optimal pressure is also installed on this ramp.

Due to numerous sensors installed in the car's mechanisms, the control system of the vehicle gains information that allows regulating injections in conformity with received data which depicts various parameters which are significant for fuel supply. Mentioned control unit gets readings from multiple sensors that give information on motor temperature, oxygen parameters, detonation, camshaft and knee shaft disposition and so on. In this way, the amount of combustible supplied to each cylinder is adjusted every moment in accordance with sensors’ readings.

Changing the mode of electronic injection happens on the go, as the control is carried out programmatically, and can take into account a large number of software functions and data from sensors. Also, modern electronic injection systems are able to adapt the program of work for a specific engine, for driving style and many other characteristics and specifications. Previously mechanical injection control system was used. 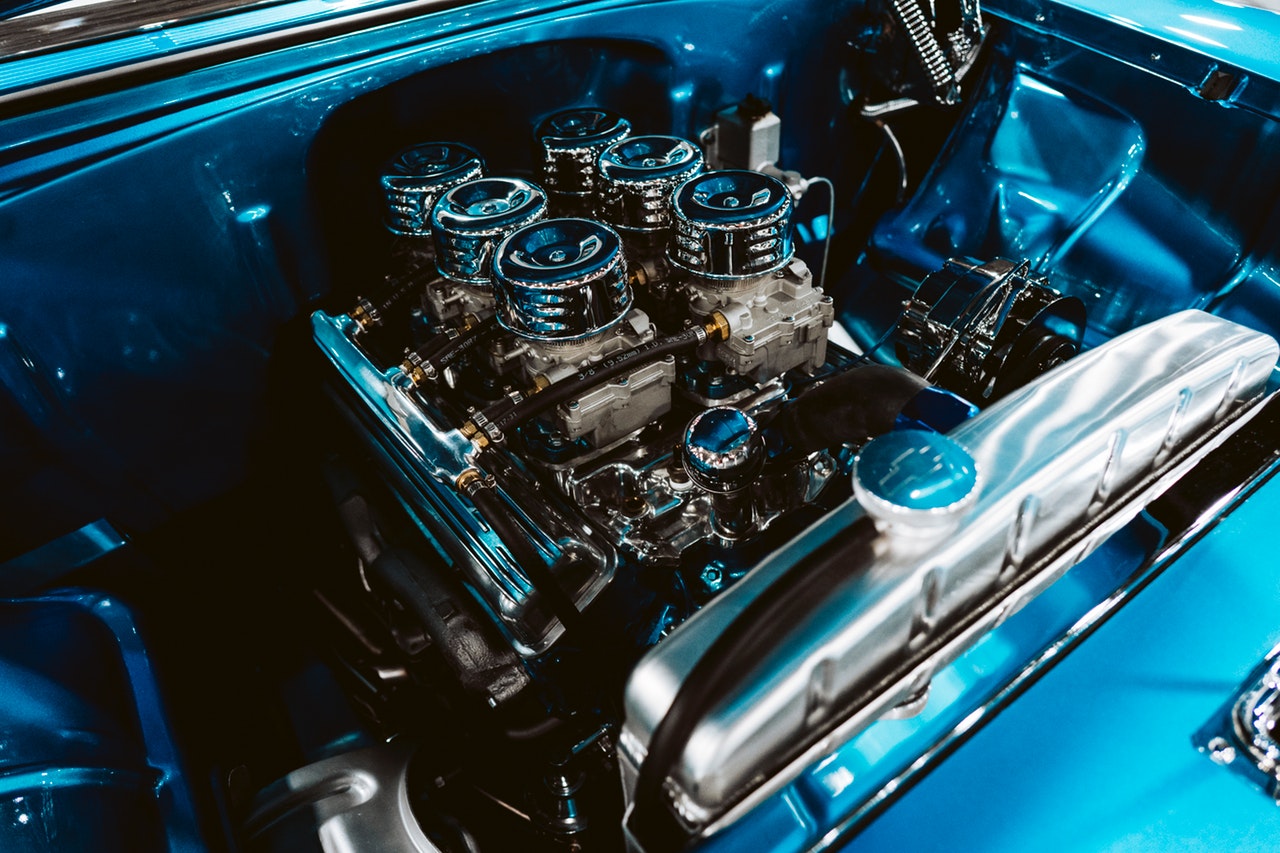 Since fuel injection has been used in the automotive industry, this technology is constantly being improved, which allows enhancing the performance of cars: make them more powerful, dynamic, and also reduce fuel consumption and environmental pollution by exhaust gases. Throttle body fuel injection is the first type of injection system that was used in making cars. But it had a number of flaws and was soon replaced by advanced technologies. In particular, it failed to meet more strict environmental requirements. Subsequently, there appeared such injection fuel supply systems as multi-port fuel injection, sequential fuel injection and direct injection. Let's look at them in detail.

Throttle body fuel injection is the very first injection technology. Only one injection sprayer is used in it. That means that only one nozzle works for all engine cylinders. This is the simplest form of fuel injection. Although it is inferior to systems that came in its stead, TBI was more perfect then carburettor, since it controlled fuel consumption much better. Now single-point injection is considered outdated. However, it also had some advantages: simplicity of design, very high reliability, primarily due to the fact that the nozzle was located in a relatively comfortable place, in a stream of cold air. Also, such systems are less sensitive to fuel quality and easier to repair. Now they are considered a transitional stage between the carburettor and more advanced injection systems which we will consider further.

Another definition is multi-port fuel injection. In this kind of injection, individual sprayers direct combustible to each cylinder. Why is this system more perfect? The fact is that when fuel vapours are released directly into the intake port, they get into the cylinder with the least losses. Therefore, fuel consumption reduces even more. MPFI allows the system to supply fuels more accurately, to provide an optimal ratio of petrol and air, in accordance with engine mode and other parameters. In addition, fuel does not condense in a manifold. Multi-port fuel injection also solves one more problem. In vehicles equipped with carburettors and TBI, the intake manifold must be designed to remove engine heat. This nuance can be ignored in the MPFI system. Therefore, the intake manifold is made of less heavy materials. This technology was a breakthrough in mechanical engineering, it is successfully used to this day. Now there are several types of multi-port fuel injection, which will be discussed below.

Sequential fuel injection, (another name is timed injection) is the next step in the development of functions of this technology after the basic multipoint system. The conventional multi-port fuel injection system has several injectors, but they all work either simultaneously or in specific groups. Because of this, fuel may be delayed in some injectors. The delay time is not that long, but it is enough to result in excessive fuel consumption. To solve this problem, engineers have developed a system, where injectors operate independently. This is how a more advanced SPFI appeared.

The direct fuel injection system is the best, even more, advanced injection technology. Here, the sprayer is installed so that it can feed combustible not into the manifold, but directly into a motor cylinder, more precisely into the combustion chamber. With this constructive solution, sprayers are placed on cylinder heads. Direct injection system resembles the work of traditional diesel engines: how it delivers the fuel to the engine and how it forms the fuel mixture. However, in direct injection, fuel is measured even more accurately.

As we can see, fuel injection systems have evolved significantly and become smarter. They allow to significantly improve car performance, reduce fuel consumption and exhaust emissions.