What is a car alternator? 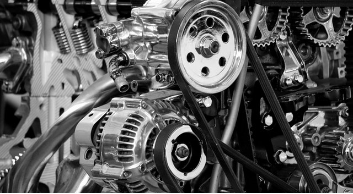 In this article, we will tell you what does automotive generator looks like, what functions it performs and how it works. Also, we will explain what will its failure result in, and what can be done to make it work as long as possible. So, what is alternator in a car? It is one of the key vehicle parts, actually, it is the component that provides automotive accumulator charging. It also is used as an electric power source while an automobile’s engine is working.

In case such an integral system as generator stops working, it causes the following issues:
● accumulator quickly discharges;
● spark plugs do not work;
● the engine does not work, despite what type it is: diesel, petroleum or hybrid.
● electric powered steering and ECU do not work;
● informational/entertainment panel does cannot be switched on;
● headlights give poor illumination or even none;
● starter does not work;
● heater failure.

We see that a main function of an alternator in a car is providing all above-listed automobile components with electric energy. Vehicles fundamentally cannot work without an alternator. Obviously, this component is a heart of a whole automobile’s system which provides connections between its components and supplies them with energy.

Lots of people consider all enlisted things to be fed from an accumulative battery of a car. Yet it is not quite so. The thing is, the battery just keeps electronic components switched on and starts the motor of the vehicle. But it is possible for only a short time – several miles driving.

When the engine starts, the generator gets activated. It is a charging accumulator throughout the whole period when the engine is on.
Consequently, there is a difference between an automobile’s accumulator and alternator voltage. The latter is always higher. Just to compare: voltage specification of the most car batteries equals 12 Volts but car alternator specification provides 13.5-15 Volts. How alternator works in a car and what it consists of

An alternator is an automobile’s component that produces alternate current and translates it to direct current. It is necessary to enable a motor to immediately to use the energy produced by the alternator.
An alternator is composed of several elements: a regulator of power, diode, rotor, and stator – these are its main parts. Also, it includes some periphery devices like a pulley wheel, V-belt and other components.
A rotor is a component represented by a magnet or several magnets located inside the housing of copper wires. This grid is called a stator.
Components are encased in a framework made of metal – aluminum. A choice of this material is explained by its characteristics: lightweight, firmness, magnetic passiveness, and excellent heat dissipation.
A principle of alternator’s work in an automobile is simple. When a battery starts to feed the vehicle and the engine starts, the V- belt sets alternator’s pulley wheel to motion. Consequently, the rotor starts a frequent radial movement and causes energy production thanks to electromagnetic induction.
In such a way alternate current generator in an automobile works due to electromagnetic principle. To speak simply, it runs a process of generating electric power by means of frequently rotating magnets. They rotate slide-along a set of wires made of copper.
Then a current flow passes through these wires to a diode. It is responsible for translating alternate current to direct one which is then used by an accumulator of the vehicle
A voltage regulator is responsible for the next step of alternator performance. The work of this component is in interrupting current supplied to the battery in case the voltage exceeds the necessary level. As a rule, the threshold is equal to 14.5 Volt level. It is needed to avoid accumulator overcharging and prevent it's dying out.

Both elements – accumulator and generator – act permanently. When an automobile’s battery is discharged the current is directed from the alternator to the battery and charges it.
As you see, an alternate current generator is an essential component of a car. For a pity, despite the huge overall durability of the component, it may happen that it fails to perform its functions. It can be connected with a long exploitation period of the element of car damage. 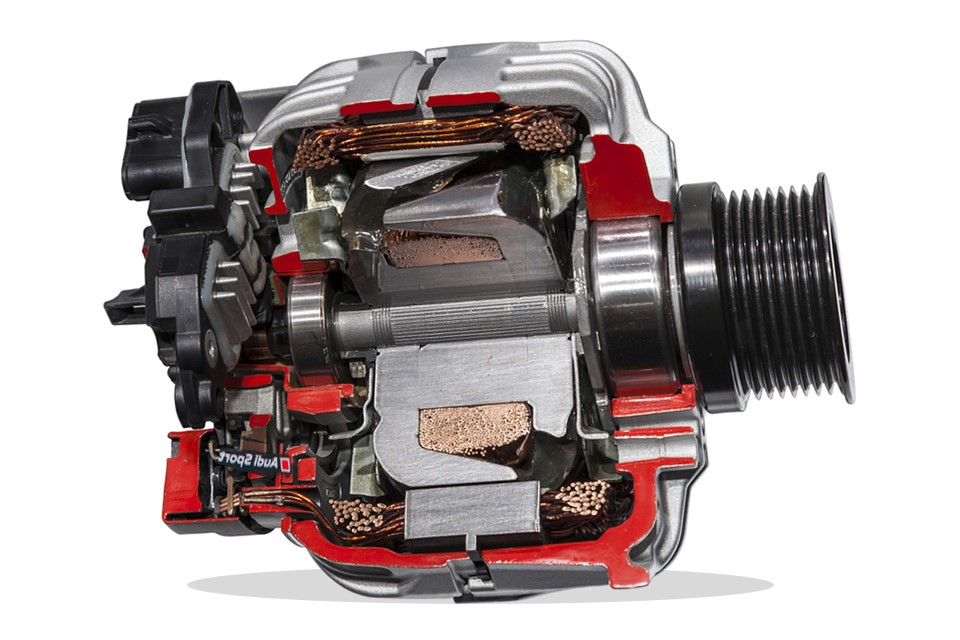 How to recognize alternator failure

One of the most widely spread alternator malfunctioning’s is poor coil performance. In this case, a generator does not charge the battery, or it can charge it not fully. In the second case, the driver may even not notice that alternator was damaged and requires replacement. Malfunction is best detected in the dark: the driver turns on headlights and sees that they give less light than earlier.

One more frequent problem – too high voltage is generated. It can cause multiple electric components damage, and their replacement can be far more expensive than alternator repair.
Apart from issues enlisted in a first section of the article which can be caused by alternator malfunction, defect of any part of this system can also lead to:

● poor electric performance;
● frequent replacement of headlamps and lamps inside a compartment;
● periodical failures of voltage regulator;
● unstable engine work;
● fuse overload and a consequent dying out;
● odd control panel performance – for instance, it can ignore driver’s actions or, on the contrary, become ‘self-aware’ - switch all indicators at once and so on.

There have been developed preventive measures which vehicle owners can follow to avoid problems with alternate current generator.

What can be done to fix alternator failure

Ask car service workers for checking device V-belt tension at technical maintenance. It is necessary because a weakly tensed belt can slide in the pulley wheel and thus reduce output alternator power, which obviously results in battery discharge.
In case an automobile’s accumulator gets over discharged, do not rely on the alternator to charge it back as far as it is intended for battery charging. Only when it loses charge after work performed, for instance, engine starter performance. In case the accumulator is discharged too much one should not overload the generator but use a special charger device.

If a car did actually break up normal performance because of alternator malfunction, you can apply for a service center in India. Then qualified engineers can perform an animation of the component and replace some of its components if necessary. However, a driver should be ready for a fact that it might work for a short time if a real reason hasn’t been found.
Replacement of defective element is a method that offers much better efficiency and reliability, especially if to keep in mind that prices for alternators are not really high. And they would cost far less than repairing automobile components damaged by the defective alternator or frequent repair works on broken automobile’s generator.

It’s better to purchase components necessary for your car not from private owners but from trusted shops – certified distributors. There are two reasons for this excellent decision. Firstly, spare parts’ quality has been checked also definitely complies with a technical requirements of the vendor. Secondly, because an official representative deal directly with spares suppliers which makes it possible to buy original spare parts for a lower cost.