Why your car has that special Chassis/VIN number

Is it safe or not to share that 17 digit VIN number of your car. Here we have explained details about Vehicle identification number and how safe it is to share your VIN.

The vehicle identification number (VIN) also known as chassis number is a unique 17-digit number given by automobile makers to identify each vehicle individually. They are used for all motor vehicles, motorcycles and scooters. It acts as a fingerprint for the automobile. The number system is specified as per ISO 3833. Each character in each position has a meaning pertaining to the model, year and vehicle details.

VIN is useful in checking registration details, warranty claims, insurance cover and theft. It is a reliable way to check car details in case of a second-hand purchase. The VIN was introduced in 1954 but there was no particular standard for the format, then in 1981 a format was standardised in the United States.

In most cases, the automobile VIN can be found on the dashboard on the driver’s side and it can be easily seen from the outside. It can also be found on documents related to the car stored in the glove compartment.

Automobile VIN is mostly used in identifying your car, finding spare parts for your car and you can also search exact model and its spare parts by using the search by VIN option in boodmo.com, VIN is also used in checking for buying second-hand cars. For a small fee, the manufacturer or service provider can check the automobile details in the Motor Vehicle Records (MVR) database. It will give all the details of the automobile’s history like the number of owners, service history, major accidents and also the car odometer status and whether it has been tampered with. It helps in checking if the car is stolen.

One of the ways to deter thieves from stealing the automobile is to etch VIN onto the windshield so that it cannot be tampered with and the whole windshield will have to be replaced in order to change the etched VIN. Also, from 1987 manufacturers were required to put the VIN on several parts of the automobile like engine, frames, windshield, fender, and wheel well. This was done to further deter car theft.

Ways to find the VIN on a car

The car VIN is located in the car itself but the easiest way to find the VIN is by looking at the car documents. Also, in some cases, if there is no access to the car and it is necessary to find the VIN one can look at – Registration certificate, Insurance documents, Owner Manual, Service and Repair Receipts and Police reports. 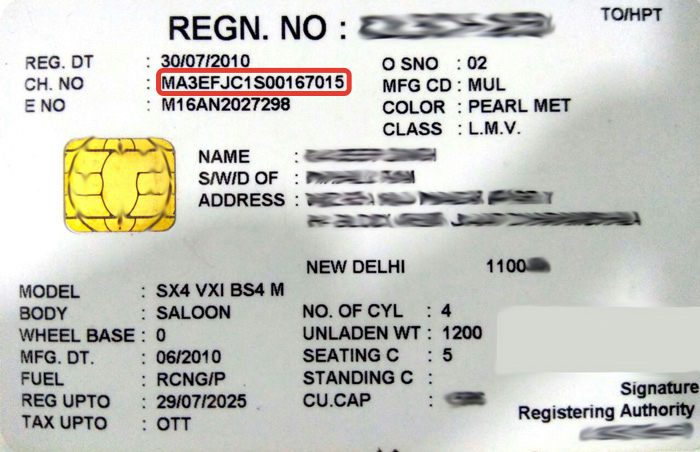 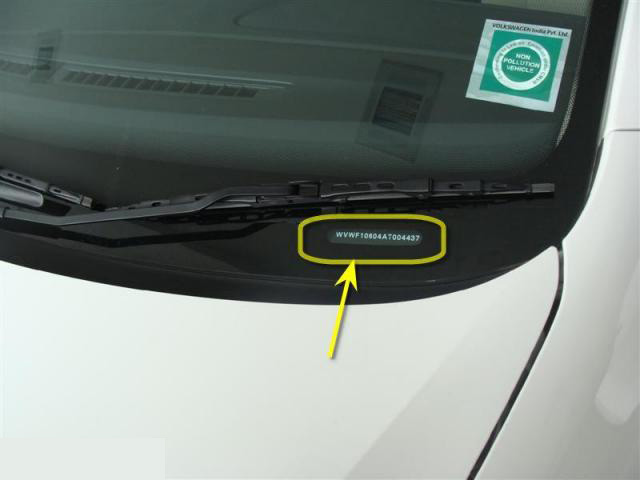 During buying and selling used cars the VIN might be a necessary requirement to confirm the car details. For the customer, they will be able to see the car history before purchase. If the seller refrains from giving the VIN then it may raise suspicion from the side of the prospective buyer.

The VIN standard was first made in the United States in 1981 and thereafter every country has adopted its own coding nomenclature to conform to the global standard. The 17 character VIN can be broken down into sections which give information about the country, model year and general characteristics of the vehicle.

Recently, in 2008 the United States National Highway Traffic Safety Administration made a rule amending the VIN system so that the 17 character system can be for use for another 30 years.

Automobile VIN is a simple system to keep a check on the cars and knowledge about them can be helpful and necessary in the case of selling/purchase, accidents, theft, and insurance.